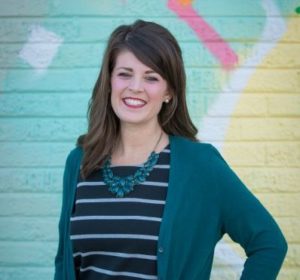 Michelle McBeath became ULI Oklahoma’s first full-time staff member in July 2017.  Michelle was an active ULI Oklahoma member prior to being appointed Executive Director of the organization. Her unique path to discovering ULI Oklahoma began in 2011 after moving to Oklahoma City. Michelle was a part of the inaugural Better Block efforts, an initiative of ULI Oklahoma at that time aimed at transforming a city block over the course of one weekend through temporary installations and tactical urbanism.  It was through this initiative that Michelle quickly discovered a personal passion for placemaking, urban planning, and community development.

Michelle is known for her holistic perspective, including a desire to see a thriving community for all Oklahoma’s residents. This perspective is well leveraged as she works with ULI’s member volunteers to develop programming that embodies the ULI mission commitments to benefit Oklahoma communities.

Michelle serves on the Congress for New Urbanism (CNU) Steering Committee and the Plaza District Business Alliance Board.  She is a graduate of the Regional Food Bank of Oklahoma’s (RFBO) Leadership Class V and currently serves on the RFBO Leadership Council.