We are carrying out essential maintenance across ULI websites, so you might not be able to make online purchases or access some parts of our website. For urgent queries or to register for events, please contact customer service: Americas: customerservice@uli.org or 1-800-321-5011  |  Europe: ulieurope@uli.org or 44 20 7487 9570  |  Asia Pacific: asiapacific@uli.org or 852 2886 1620

By continuing to use the site, you agree to the use of cookies. Legal Notices 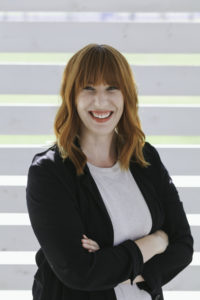 Ashley Terry, Vice President of Development for Wheeler District, was recently named Chair of Urban Land Institute (ULI) Oklahoma. The Urban Land Institute is a global, multidisciplinary real estate organization whose work is driven by 45,000-plus members dedicated to shaping the future of the built environment for transformative impact in communities worldwide. As ULI Oklahoma’s Chair, Terry will serve on a voluntary basis for a two-year term that ends in 2023.

“It is an honor and privilege to serve the members of ULI Oklahoma,” Terry said. “Over the last 9 years, I have seen the incredible impact of ULI across the state. Whether it’s through our Emerging Developers Initiative or through our Impact Awards, ULI Oklahoma is inspiring best practices for equitable and sustainable development across all communities.”

ULI Oklahoma is a growing council within ULI’s global network. With over 400 members in the Oklahoma and Northwest Arkansas regions, Terry will preside over a volunteer executive committee consisting of ULI members who lead various initiatives and committees. Past chairs since ULI Oklahoma was founded in 2007 have included: Kirk Humphreys, Leslie Bachelor, Blair Humphreys, AJ Kirkpatrick, Todd Glass, and Cameron Brewer.

The Urban Land Institute, established in 1936, serves members in the Americas, Europe, and Asia Pacific. The organization’s membership is interdisciplinary, including developers, investors, lenders, engineers, urban planners, architects, urban designers, academics, and public officials. ULI offers a variety of programs, products and services, all of which are informed by members’ expertise.

Honoring the 100th anniversary of the 1921 Tulsa Race Massacre

Honoring the 100th anniversary of the 1921 Tulsa Race Massacre